Among the many sophisticated game-building worlds out there, Roblox boasts more than 150 million users worldwide for its multiplayer game. With the game delivering all sorts of variety including competition, creativity, and socialization, it’s easy to see why some players invest a lot of time into Roblox and why they buy Roblox Robux. 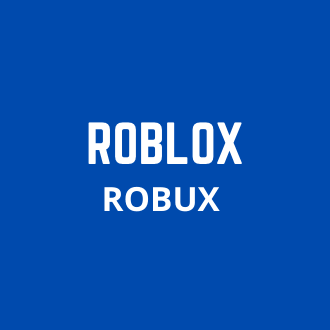 Where to Buy Robux Cheap

Perhaps the easiest way to get Robux is through Roblox’s official website, but the downside is that their prices will always remain the same. For those that are looking for alternative options, there are third-party marketplaces that specialize in dealing with in-game assets such as cheap Robux for sale. With so many Robux buying sites emerging these days, it can be hard to pinpoint where exactly is the safest and cheapest way to get the currency. There’s no definitive answer to that as of yet, but thankfully, since there’s a lot of fish in the sea these days, no doubt it’s easier to find the perfect marketplace to get some Robux.

To get a better understanding of how Robux works, think of Robux as a new type of currency. Whenever a person visits another country, they have to transfer their funds to the local currency of the country that they’re going to visit. The concept of using Robux is the very same—players will be swapping their dollars (or whatever the local currency is in their country) for Robux. Simply put, Robux is a digital currency that can be used in the world of Roblox. The thing is though, Robux doesn’t necessarily have any real cash value. It’s impossible to transfer Robux into actual money—the notion itself is ludicrous.

What Players Can Buy With Robux

Robux is typically used to purchase limited-time exclusive items that rotate around the in-game shop. A prime example would be the Sparkling Angel Wings which a player’s character can wear. Besides the usual cosmetic items, players can also purchase Game Passes with Robux that grants in-game bonuses. These in-game bonuses include a bigger duffel bag in Jailbreak mode, a GTA-style type of game. Players can also get extra storage to put their stuff in.

While Roblox is technically free, there’s a premium version of it that lets players have access to all of the game modes. Unfortunately, this means that some game modes aren’t free to access for F2P players and require them to spend Robux just to be able to play the game at all. A prime example would be the Welcome to Bloxburg game mode where players can build and design their houses and even own cool vehicles. Having access to Welcome to Bloxburg alone costs R$25 (R$ being the official symbol for Robux) for free-to-play players.

Most players in Roblox use the free-to-play version of the game which is the default tier for all Roblox users. Being part of the free version of Roblox means that they won’t get any Daily Robux allowance, can’t use some of the more advanced features in the game, and can only join five groups. But it doesn’t sound all that bad, to the honest. Most of the game modes in Roblox can be played, and while the premium options hide behind a paywall, they’re not necessarily all that expensive either. By having some Robux on hand at all times, players don’t need to worry about not being able to get the full Roblox experience. It’s still very much possible to sink in thousands of hours playing the game without spending a dime, but one can’t deny the usefulness of the Robux and how much power it gives to its players.

The amount of Robux that a person can get highly depends on the worth of their local currency. It’s recommended that players check their local currency’s worth of Robux. This can be done through the use of Robux calculators. There are a lot of them all over the internet, but the common ones tend to use the US dollar.

For example, the Value Packs that are available for users when they use the US dollar are:

Take note that all of the Value Packs written above are based on the prices that can be found on Roblox’s official website. Depending on which type of currency a gamer uses, they may spend more or less, depending on the power that their currency holds.

Works as described, thanks

Sell Your Products
About ROBLOX ROBUX

Robux is known as Roblox’s official in-game currency. Players can make use of Robux for a bunch of things, including being able to purchase special animations or outfits for their characters. Gamers can also use Robux to get unique abilities in certain games that they like playing such as powerful weapons and all sorts of other objects.

Since Roblox is an online gaming platform where gamers can play games that were designed by other users and/or create and share their games on the platform, this means that once players sign in, there are millions upon millions of games that are waiting for them. This is thanks to Roblox’s proprietary game-developing tool called Roblox Studio—it’s what lets creators and fellow gamers create games for Roblox users.

Creators of games in Roblox almost always use the option to monetize their games to earn revenue, and this is where the role of Robux kicks in. Since creators can now charge people to play their games and even offer pay-as-you-go in-game purchases in the form of items that can be used to get ahead in the game, players find themselves in a situation where they’ll need to cough up a couple of Robux just to try out a popular game. Thankfully, there are a lot of sellers these days that offer up Robux at a cheap rate. Plus, other options are also available out there for buyers such as visiting the Buy Robux page at any time while playing Roblox to make a direct purchase. That being said, the prices of Robux don’t tend to change even as the years go by. This makes it the perfect opportunity for sellers to offer lower rates and give buyers an alternative as to where they could get their Robux fix.

Read more
PlayerAuctions is an independent player-to-player marketplace for buying and selling virtual video game property. PlayerAuctions is NOT endorsed by, directly affiliated with, maintained, authorized, or sponsored by ROBLOX or its trademark owner.
Select server and Faction
We use cookies and similar technologies on this website. This improves the browsing experience for you and enables us to tailor better products and services to you. Cookies are stored locally on your computer or mobile device. To accept cookies either click "Accept Cookies", or continue to browse as normal. Cookie Policy