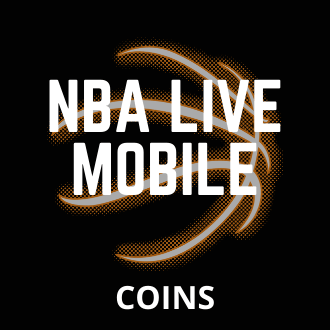 At the beginning of the game, the player chooses an NBA team to start with and plays through a series of tutorials. A player is granted a beginner card pack composing of low-rated NBA players. Also, the player can get coins that can be used to purchase higher rated card packs to improve their team lineup. Playing through seasons with their team will get the players more coins, aside from XP, both will enable a player's team to level up. Another mode available in the game is the auction house section, which allows them to earn more money (NBA Live Mobile coins).

For the players that are constantly scrambling for more NBA Live Mobile coins, it can be tough to get through the seasons, With the grinding that they have to do throughout the strenuous season, it can be hard to find any time after that. Luckily, buyers now have the option to get NBA Live Mobile coins for their team. EA games, specifically sports games in general have a reputation of being rather money-hungry. These games want the players to spend as much as possible and with the actual first-party sports titles repeating the same shtick in the MyCareer over and over again, it's hard to find a reason to whether to actually continue playing the game or not. If that's a dilemma for players, they may also go choose an alternative: buy NBA Live Mobile coins from fellow players!

The latest game in the long-running NBA Live series is NBA Live Mobile, which is brought to the gamers by Electronic Arts (EA). The game was released in March 2016 for both iOS and Android operating systems, after the release of NBA Live 2016 on PlayStation 4 and Xbox One. Since it's a mobile installment (a series that had been needed for quite some time), whether you’re commuting to and from work, or only killing time in the toilet, NBA Live Mobile is conveniently playable through one's smartphone.

NBA Live Mobile is the first mobile game for the NBA series. The gameplay appeals both as a card game imitating the real-life version of NBA card collecting and a sport-team simulation game where gamers play and take on the role of a team manager. As a boss, they will take their team through victories and league matches. Both game modes grant premium rewards for improving (leveling up) their team line-up of players and boosting their chances of creating that unbeatable dream team. Players may dominate the modes featured in the game, such as season mode, live events, and multiplayer matches.

When it comes to mobile basketball games, the game is one of the best in terms of aesthetics and graphics. The anatomy and facial features of real-life NBA players are portrayed accurately in NBA Live Mobile. Not to mention, the game offers complexity and attention to detail, which are rarely found in mobile games nowadays. NBA Live Mobile is now being distributed in Canada, and they will continue to expand in the U.S. and other regions soon. More importantly, NBA Live Mobile comes with a microtransaction system for purchasing NBA Live Mobile Coins.

Even though NBA Live Mobile is a free game, the player is given the option to buy NBA Live Mobile Coins through microtransaction systems. This feature gives players an alternative method to gain coins outside of the game’s premises through the use of real-life currency. Move past the beginner set and card pack of low-rated players by using their coins to purchase higher rated card packs and players.

Players have the option to grab themselves a team of elite ballers with good stats so that they can get better victories and league matches. Setting the AI of their team by toggling its tactics/strategies in-game and picking/managing their best players with good stats is good and all, but that can only get them so far without the help of coins, which will drastically improve their win rates.

For players specially that find themselves short of time to grind through seasons and challenges for XP and coins, they have to make sure to buy some coins from time to time. Have a little extra cash lying around to spend; you know, invest for success.