There’s always more Guild Wars I Gold to be made in Tyria. With tons of money-making methods that are shared across the world when it comes to Guild Wars, it just goes to show how much importance the currency carries within this MMORPG. The ways of earning GW gold becomes more creative as time passes. Click here to find Guild Wars 2 Gold 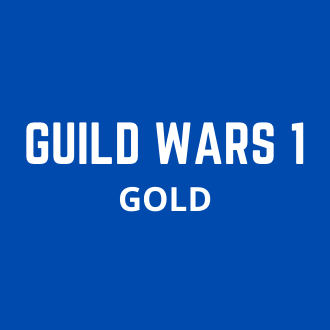 Time is a precious resource. It's not good to waste it grinding for gold when you can just do quests or dominate PvP. Otherwise, you just don't have enough time to grind it yourself. At any rate, buying Guild Wars gold is more convenient and saves your time.

Player-to-player trading is the exchange of virtual goods and services and real world money. That makes it really risky to participate in, despite the convenience it offers. All you can really do is find a marketplace that promises good security, a reputation system for sellers, and has no subscription fees. The first one lets you be secure in the fact that your money gets to where it should be. The second lets you know which sellers to trust. The last one allows cheaper prices so you don't have to shell out more than what you can.

Though a marketplace can offer all three, that doesn't eliminate all the risks this kind of trading poses. Make sure you know the possible consequences by reading the game's policies and terms. You may also ask for the help of a legal professional.

Member was very supportive and helpful.

Will be buying from this seller again!!

Fast, reliable and communicates throughout the whole process. recommend

Sell Your Products
About GW Gold

Left by the gods, ravaged by war, plague, and disaster, Tyria is on the verge of more disaster. It's up to you, the player, to save it. Choose from five campaigns to do, each one focusing on a different disaster to avert. The Prophecies campaign is about surviving after the Searing and preventing Abbadon and the Titans from destroying the world. "Factions" focuses on Cantha and the mysterious threat behind its recent troubles. The third campaign, Nightfall, brings players to the continent of Elona. Cast as heroes, players have to save it from the darkness.

Later, the developers added two more campaigns, the Eye of the North, and Beyond. These two tie up loose ends from the other three campaigns, though they also open up other ends. The game also got a sequel in 2012, Guild Wars 2, which continues from the events of Guild Wars.

Gold is the basic currency of the game. You can get them in various ways, from looting and selling to completing quests and missions. A thousand gold gets automatically converted to 1 platinum. Players can hold up to a hundred platinum in their inventory, and a Vault box can hold up to a thousand. That bit of information is important because trading won't be successful if the offer will make you go over the limit. If you're almost at the limit, deposit your gold in a vault before trading!