Attain the strongest power by acquiring Ascended graded weapons. Players who buy Guild Wars 2 Legendary Weapons can take their PvP skills to a whole other level. Why settle for just ascended weapons when players can have the same grade of gear without the stat combos and sigils being locked. Wreak havoc in Tyria with a Bifrost or Frostfang! 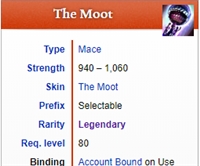 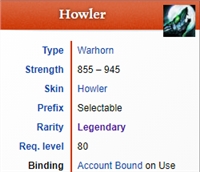 THE BIFROST [ All EU Server ] % SPECIAL DISCOUNTS % Only THIS WEEK !! 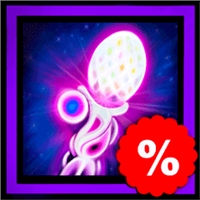 THE BIFROST [ All US Server ] % SPECIAL DISCOUNTS % Only THIS WEEK !!

TWILIGHT [ All US Server ] % SPECIAL DISCOUNTS % Only THIS WEEK !!

TWILIGHT [ All EU Server ] % SPECIAL DISCOUNTS % Only THIS WEEK !! 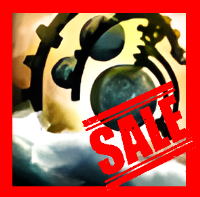 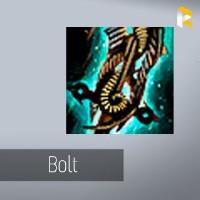 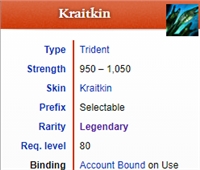 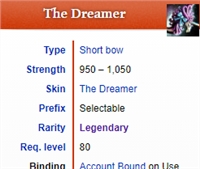 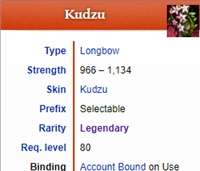 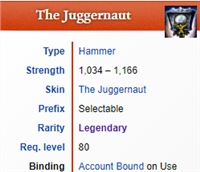 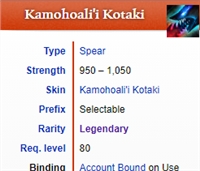 Out of all the weapons in Guild Wars 2, Legendary tier weapons that are most sought-after. Being of the rarest kind, it’s only natural. After all, they do pack the most punch in terms of damage-dealing.

For a quick reference, here’s a look at the different rarities of weapons:

Being a long-running franchise, Guild Wars 2 has already accumulated quite a number of legendary weapons over the years. These weapons have been divided into Generation 1 and Generation 2 legendaries. To give you the competitive edge you’ll sorely need in Tyria, you’ll need to wield the might of a legendary sword. Here’s how you can cut to the chase and get one without breaking a sweat:

The weapons in Guild Wars 2 can be acquired through several means. They can be looted, gained as rewards, or even bought. But there’s no denying the ease and accessibility of simply purchasing them through PlayerAuctions, so you can get right down to what really matters: enjoying the game.

Here’s a look at some of the legendary weapons we recommend you hunt for in the offers.

A golden sword intricately designed with four dragons twisting up its blade, Bolt is indeed as legendary as a weapon can be. The fact that it’s surrounded by lightning makes it even more impressive as it’s sure to strike fear in the hearts of your foes.

There’s also the Shining Blade. Crafted in the Mystic Forge, this legendary weapon was inspired by the personal bodyguards of the Krytan Monarchy. It gives its wielder’s arm a mystic aura that appears as a purple shroud. If that doesn’t look legendary, we don’t know what does!

What’s the one thing that could possibly trump a Legendary Sword? A Legendary Greatsword, of course! For this, we have three recommendations: Sunrise, Twilight, and Eternity. All three are crafted in the Mystic Forge. The only difference is that the Eternity is acquired by combining both the Sunrise and Twilight greatswords.

Sunrise is of an angelic nature and is famously known as windows into the morning sky. It surrounds its user’s body with a mystic light blue aura.

Twilight is a demonic weapon whose blades are notoriously known as windows into space. It gives off a burst of darkness emanating from the user’s body when drawn.

Being a juxtaposition of the Sunrise and Twilight greatswords, the Eternity greatsword alternates between the appearance of both swords depending on the time of day. It surrounds the wielder with smoke or flame-like blue light/darkness.