The Storm is coming and the Battle Royale matches rage on! Obtain all the items you need for crafting and dapper looks. Instantly get Fortnite Chapter 2 Season 8 items like the Hench, Blasted, Calico, Denim Destiny, Spy vs. Banana, and Midas Memory wraps. Swag up with the best back blings, gliders, contrails, banners, sprays, and tools — it’s all in the marketplace. 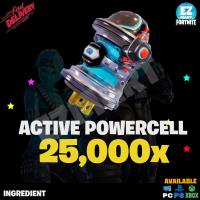 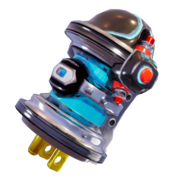 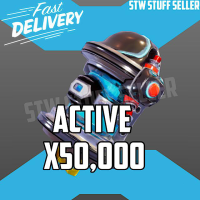 Build the Greatest Fort with the Best Fortnite Materials

Fortnite is a game where up to four players go against a horde of mysterious Husks that appeared with the Storm. Alternatively, players may battle it out in the game's widely popular Battle Royale mode. Choose from a variety of hero classes that are flexible enough to cater to any playstyle: Constructors (the master builders), Soldiers (the well-rounded ones), Ninjas (the mobile melee combatants), and the Outlanders (the treasure hunters). These heroes explore the abandoned areas and gather resources in order to build a fort in a relatively safer place. Crafting and building are central to this game, so Fortnite Materials are always in high demand.

Buy Fortnite and Save the World Items

Players who can't find Fortnite schematics or materials to craft a stronger weapon may sometimes choose to avoid wasting time by buying Fortnite items or schematics from other players. It could prove to be convenient for some and they won't have to scour entire regions repeatedly looking for particular things. Fortnite players may meet up in-game with sellers to get the STW items they want. Keep in mind that certain online marketplaces are polluted with individuals with dubious intentions. Finding honest player-to-player sellers is a plus so it is always advised for buyers to check where and who they trade with carefully.

Marketplace sites are trading sites where security and safety is the priority. Buyers can leave feedback on sellers, letting others know who to trust. Lastly, it's where the cheapest offers abound, so they don't have to worry about spending so much.

Finding this kind of marketplace and a trustworthy seller truly makes trading smoother and easier. If concerned about the safety of player-to-player trading, read up on the game's policies and terms about it. For further clarification, ask the help of legal professionals. In the end, enjoy Fortnite and all the shiny Fortnite items to collect.

Sell Your Products
About Fortnite Items

Crafting and building are central to this game, so Fortnite resources are always in demand. Throughout gameplay, players can acquire materials whenever they come across them by clicking E. Also, completing certain quests will reward players with health-beneficial food recipes, weapon schematics, and more.

Assault Rifles – The most balanced Fortnite gun, assault rifles offer automatic fire to make it easier to hit enemies. They have good range and stability, making it a good all-around weapon. Some good examples of assault rifles are Grave Digger, Nocturno, Deathstalker, Siegebreaker, Hydra, and Razorblade.

Shotguns – Kicks like a mule, but hits like a truck, the good ole "boomstick" has low stability and high recoil but rewards in-your-face gameplay with high damage that is able to hit more than one target. A few good shotties are the Tigerjaw, Nightclaw, Thunderbolt, Pumeller, and Room Sweeper.

Pistols – Do not mistake them as mere sidearms, pistols are at par with the other weapons in the game. They reward precision shooting with high headshot damages, as well as good coverage of short and mid ranges. Some of the most favorite pistols are the Founder's Revolt, Judge, Dragon’s Breath, Bolt Bolt, and Viper.

Sniper Rifles – Slow firing and high damaging long range weapons, sniper rifles have the potential to one-hit kill an enemy with careful and precise aiming; A classic in all shooting games. The most potent sniper rifles are the Super Shredder, Bolt-Action, One-Shot, Tsunami, and Sunsetter.

Explosive Weapons – Explosive weapons are unique in the game because they do not consume ammo, but rather, they slowly deplete the weapon’s durability. Take them out to turn the battle in your favor! Some of the best explosive weapons are the Bazooka, Thumper, and Grenade Launcher.

Swords – Combining a good balance of reach, speed, and damage, the swords are perfect for Ninjas and any other class. It utilizes a lot of the Ninja’s skills, and it’s easy to learn. Some of the sharpest swords are the Blazing Masamune, Broadsword, and Stormblade.

Axes – Slow, but heavy-hitting, axes do the most knockback compared to other weapons. It’s perfect for tanky characters who can take some damage. Some of the hardest hitting axes are the Armaggedon, Stormchaser's Revenge, and Revenant's Wrath.

Spears – Unconventional in terms of movement and flow, the spear rewards technical gameplay by allowing you to hit more enemies at once. Some of the best spears are the Dragon Spear, Hydraulic Spear, and Head Clipper.

Scythes – Slow and high impact, high damage weapons that allow you to make damage focused in a cone in front of you, they are also good alternate weapons for the Ninja class. Some of the most devastating scythes are the Reaper Scythe, Elegant Scythe, and Laser Scythe.

Clubs – Fast and offers sustained single-target damage in addition to knockback, clubs are the easiest melee weapons to handle for any class. Some of the well-known clubs are the Golf Club, Baseball Bat, and Cricket Bat.

Hardware – A hammer-type weapon best suited to Constructors, these weapons are slow but offer high damage and knockback, and takes advantage of the Constructors’ skills. Some of the strongest hardware weapons are the Pulverizer, Doomhammer, and Socket Slugger.

Throughout gameplay, players can increase the level of their weapon and the schematic XP. Each weapon will eventually reach a ceiling where it can’t be leveled anymore. At that point, it’s time to evolve it into a stronger weapon.

Aside from the max level and certain amount of schematic XP, a player will have to obtain certain materials that are displayed in the weapon evolving requirement. Upgrading weapons is, however, very expensive, and not recommended unless you have a good deal of resources. Rare items are either hard to find or have huge costs.

Read more
PlayerAuctions is an independent player-to-player marketplace for buying and selling virtual video game property. PlayerAuctions is NOT endorsed by, directly affiliated with, maintained, authorized, or sponsored by Fortnite or its trademark owner.
Select server and Faction
We use cookies and similar technologies on this website. This improves the browsing experience for you and enables us to tailor better products and services to you. Cookies are stored locally on your computer or mobile device. To accept cookies either click "Accept Cookies", or continue to browse as normal. Cookie Policy