Like players, enemies can also resist damage types. For example, explosives can make quick work of Mirelurks, but Deathclaws resist it. Players are going to need the right tool for the job, so need to be ready with all kinds of ammunition. Even without caps, many look to buy Fallout 76 Fusion Core energy ammo. 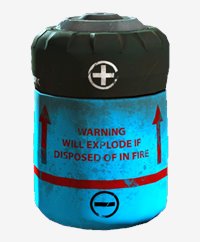 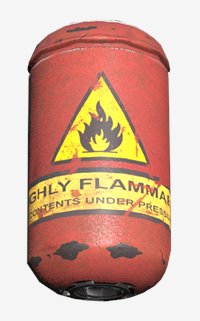 Energy ammunition deals plasma, laser, or elemental-based damage. That includes the Pyrolyzer and the Cryolator, despite using Flamer Fuel and Cryo Cells for ammo respectively. Some melee weapons can also deal energy damage, such as the Shishkebab or the Plasma Cutter. You can even change the elements on the latter with the right upgrades or modifications. Explosives may also deal energy damage, such as Molotov Cocktails or Plasma Grenades.

Players can use energy weapons effectively on Robots and Machine-type enemies. Their thick armor, plating, or casing can make it hard for ballistic weapons to penetrate. Energy weapons don’t need to break the shell to do damage. Some fleshy enemies like the weaker types of feral ghouls can be susceptible to flame damage.

Weapons That Use Energy Ammunition

Here is a list of energy ammunition and the specific weapon that uses it.

Of those, the rarest would be Fallout 76 Fusion Cores and Fallout 76 Plasma Cores. The former is a little more common since it’s also what fuels Power Armor. They are still pretty rare though.

As mentioned above, scavenging power armors give you cores at about a quarter full. Fusion generators may also have a lootable core installed. Ammo boxes may give the ammunition, especially with the Scrounger perk. Arktos Pharma has some fixed spawns which can be visited daily. Other locations with fixed spawns are:

Both Fusion Cores and Plasma Cores may be crafted at Chemistry Stations. A Fusion Core Processor can generate and store up to three Fusion Cores when provided with 100 Power. Enemies that may drop Fallout 76 Fusion Cores are Sentry Bots, Radtoads, Anglers, and Feral Ghouls.

As for quests, Line in the Sand rewards players with two Fusion Cores. Completing Daily Ops with a weapon that uses the ammo will reward additional ones as well.

Of course, there’s also the online marketplace where customers can buy Fallout 76 energy ammunition. This is the way to go when not up to scrounging around for it, or when lacking the components to craft them. It is a good source of all kinds of ammunition, even Fallout 76 Fuel. If unsure about the safety of this kind of transaction, check out the game’s policies or consult a legal professional.