Having a hard time scavenging items that traders are asking for? It's no biggie, because players can get their fill of the rarest and cheapest Escape From Tarkov items. With a steady stream of sellers, onlookers and die-hard EFT players are sure to make good on their escape from the dangerous and treacherous post-apocalyptic city of Tarkov! And now with EFT 12.12 and the new Lighthouse map, there are a whole host of new mechanics such as inertia, weapon malfuncttions buyers can use the marketplace to get a head start on.

Latest News: Escape from Tarkov is getting minor update which contains several techniqal fixes. Players can expect to download the new update through their launchers. 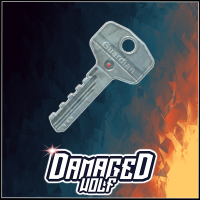 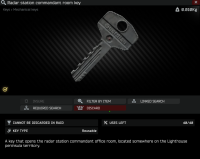 There are many reasons why players are recommended to buy Escape from Tarkov items. First, it’s simply a safer way to get items. With the game being designed as an open-world Battle Royale with persistent elements, there are many dangerous things in the game besides other players. By buying the necessary items, they can completely avoid places where they will likely encounter threats.

Another is the item-intensive mechanics of the game. Players will have to be concerned with items besides weapons and body armor because utility items such as key cards, PCs, and passports are just as important. Unfortunately, they can be quite the hassle to get. It also doesn’t help that trying to get them feels very menial.

Last but not least, players that want to stay ahead of the competition should buy Escape from Tarkov items, especially guns. After all, the sheer variety and realism of the game’s firearms in both looks and workings are one of the game’s biggest highlights. Some of the best ones are the powerful and accurate MK-18 Carbine, the VERP Hunter, which is accurate whether it has a sight or not, and the M4A1, which hardly needs any introduction considering its fame.

The Most Important Items Players Will Need in EFT

The most important items in Escape from Tarkov are money cases, item cases, and keybars/keytools. All are containers that will save space in a player’s inventory. In other words, they enable players to store more. Where they differ is the exact type of items they can hold. A money case can only hold currencies such as Roubles, Dollars, Euros, and physical Bitcoins. An item case can hold weapons, gear, or supplies. Keybars/keytools aptly hold keys, which are arguably the most important items in the game.

In Escape from Tarkov, one of the most important types of items that a player can get their keys. These keys allow gamers to open certain buildings or containers that contain amazing loot for them to use to kill everything on two legs or even use some of them to escape. However, in every game, there’s only one key for specific places. It becomes a race for them to find the Tarkov key and getting it as early as possible before anyone else can. One can safely store their key for future use in other games, but they need to get it first. Luckily, there are a lot of nifty guides out there in the wild that showcase the locations of where a player can find all the keys in Escape from Tarkov.

Whether a player does not know where to find a certain item or they have trouble unlocking it, the alternative of getting EFT items from other players is often seen as a far more convenient solution. This is because players don't have to go through too much effort to get it themselves, resulting in them getting to enjoy their game more. Besides, it allows getting something that could take hours upon hours to obtain normally.

Sell Your Products
About Escape From Tarkov Items

What are Escape From Tarkov Quest Items?

Simply put, Escape From Tarkov Quest items are items that are required for you to finish certain quests. They can be found and obtained through various traders or randomly picked up around the radioactive city. The key to making the most of these items is knowing which ones to keep. Obviously, with your ultimate escape from the accursed Tarkov being your main goal, you can’t afford to hoard them all. Some will have to go, which isn’t necessarily a total waste since you can trade them.

A word of warning: While items are generally strewn throughout the game, some of them are not so easy to come by. It’s worth noting that there’ll be plenty of players looking to buy Tarkov items such as these. However, think twice before putting certain Tarkov items for sale as you may not get them again.

The Tarkov items are split between the traders you’ll come across. These traders will have their own collection quests for you to fulfill.

Escape From Tarkov Trading in a Nutshell

EFT trading is all about knowing which items are worth hanging onto and which ones are (somewhat) disposable. While certain Tarkov trade items can be bought from the aforementioned traders, many of them can be bartered directly from your stash. These Escape From Tarkov barter items can fetch good prices so long as a trader’s looking for them.

Good luck in your quest to escape the godforsaken city of Tarkov!