Modifying gear has been a staple in RPGs for years now, so it goes without saying that the same goes with MMORPGs. In Elder Scrolls Online, they’re known as glyphs. There are plenty of people who want to utilize these items and some gamers will, for ESO, buy glyphs from online sellers. 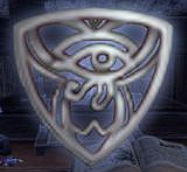 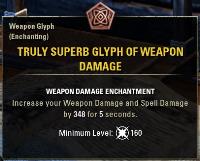 Why Do Gamers Want to Buy Strong Glyphs?

What sets Elder Scrolls Online’s glyph system apart from other gear customization systems is that unlike other games, the upgrade materials in ESO, which are known as Glyphs, do not exist by themselves. Instead, they need to be created by combining Runes. There are four types of them, with each one determining a particular aspect of how a gear will be upgraded.

This is how it works: players combine an Essence Rune, which determines what the Rune’s effect will be, with either Additive or Subtractive Potency Runes. The former increases or grants a particular attribute or effect, while the latter reduces specific forms, damage, status effects, or grants weapon debuffs. For example, one of the most popular glyphs is the Glyph of Prismatic Defense, also known as the tri-stat glyph. It earned this name from its ability to increase the max health, stamina, and magicka of the wearer.

Last but definitely not least would be Aspect Runes, which determines the quality of the Glyph that will be created.

While it may seem like a long and tedious process, this allows ESO’s gear customization system to give players much freedom and options. At the same time, however, it’s also quite difficult to grasp. It’s a fair trade-off, but it’s not for everyone. That is why some players who cannot wrap their heads around it, or don’t have the time and energy to go Rune-hunting might just choose to buy ESO glyphs from other players.

What Are ESO Glyph Prices?

Sellers are able to sell their items at whatever price they wish to. However, they generally follow prices that the rest of the community considers to be fair. Despite this, there may still be some sellers who price their offers higher than others. It is worth noting that glyphs of a higher quality and level will usually be priced higher than comparatively weaker glyphs

As a result, if a buyer wants a particular item and is unsure what the price of that item should be, they generally try to find as many offers as possible for that item. By doing so, they are able to compare the prices to find out which offers are priced fairly and which are not. More often than not, they will end up buying the cheapest offer that provides the best value.