Dota 2 Trading is one of the most lucrative activities in gaming you could ever be a part of. Dota 2 Skins, however, can be rare beyond belief! Snagging something good like the Heiress of the Coastal Kingdom shows some skill on your part. Just get over the RNG and grab some skins here! 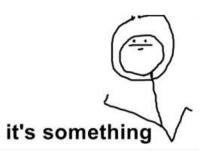 Did you miss out on a giveaway of DOTA 2 skins? Do you want to own rare or legendary DOTA 2 items? Maybe you just don't have the time to get the skins you want due to work or school? Here at PlayerAuctions we can help you get the skins you want at affordable prices! Check out our marketplace and find your skins now...

What Dota2 skins can I actually buy?

With over 1 million members, PlayerAuctions has the biggest collection of DOTA2 skins available to all players. You can buy a legendary or fabled DOTA 2 skins. But what about no-trade skins you ask? Our members can get you that too! And thanks to our members being able to set their own price, you can get them really cheap!

Hmm, how do I get the no trade skins?

For no-trade skins, our sellers will party with your character and help you out. This often includes running through the content, whether it be a quest or event, until you get the skin. If you don't have time to grind for the skin, there's still a way! Some sellers are willing to play on your account for you until you get the DOTA skins you paid for. This way, you can focus on work or school and spend you gaming time on the important stuff.

Is this all safe?

The PlayerAuctions marketplace is the safest and most secure place to buy skins. Unlike other sites, we use our extensive expertise to safeguard all orders on our site. We have over ten years of experience in the digital asset exchange industry so you are safe with us. We also have our PlayerGuardian Trading Protections that cover all transactions on our site. All offers of DOTA 2 items are screened and verified before we allow them on our site. Finally, we do not release disbursement to sellers until we have confirmed with buyers that their items have been received.

We love getting feedback from our members. Please do not hesitate to contact us if you have any questions, concerns or suggestions. You can reach us through our Customer Support and email.

Sell Your Products
About DOTA 2 Items

DOTA2 was the popular MOBA that got into the game too late. Popular by definition, DOTA sprung from its predecessor, DOTA, which, although it not the first MOBA to have been developed, was certainly one that capitalized on a huge franchise base with a big demographic of gamers (those specifically fans of the Warcraft franchise).

The largest change to the DOTA landscape in DOTA was the inclusion of items. By this, we're not talking about the items in game that give heroes stat bonuses or additional abilities, but cosmetic items that change the appearances of heroes, wards, and couriers, aka Skins. These skins, though they do not have any game-changing effects, are widely sought after by many players because of the added coolness their looks give. In addition, a lot of Dota skins serve as status symbols, causing other players to see you as elite or prestigious if they see you wielding something rare. Having said that, it should be obvious that not all Dota 2 skins are created equal. Therefore, it pays to have knowledge on them, especially if you have plans on taking on the Dota 2 marketplace.

There are many different types of skins in the game - including, wards, couriers, gems, and tools. Equipment modifies a hero's look, so there are cosmetic benefits to updating with the various types of in-game skins available. Each specific hero has specific equipment that only they can use, and their equipment slots differ from each other. Taunts also count as equipment, as they give extra animation and lines on a hero whenever they successfully kill. These equipment, which come either individually or in sets, can be modified in many different ways via tools, or can have additional effects when you put gems on their sockets.

There are different kinds of gems: ethereal gems, which give an unusual particle effect (glowing) on couriers; prismatic gems, which alter the unusual particle effect (glowing) on the item it's slotted on, kinetic gem, hero-specific gems that either add or modify an items' animation, inscribed gem, which records particular achievements; spectator gem, which counts how many games you have watched; and ascendant gem, which records given gifts and victories achieved during the Beta phase.

There are many reasons why you should check out the Dota 2 marketplace. Because even though you can buy skins directly from Valve, the marketplace is rife with skins that are sold for a much cheaper prices elsewhere, such as on PlayerAuctions. Additionally, you can find skins that are not being sold or no longer being sold by Steam, such as achievement rewards and limited-time skins. A few examples of items that you can only get with Dota 2 trade would be Platinum and Golden Baby Roshans (couriers), Ursa's Alpine Stalker Set, and the fabled Legacy Unusual Wardog, which was once sold for around $38,000, the highest price a Dota 2 item has ever fetched. The Steam marketplace caps it for sale offers at $250, which, any seller would tell you, hardly anyone needs that much in steam credit for purchasing games anyway. That is why many people trade outside the system, because ascribing value to one's game play is a powerful intrinsic motivator to keep someone engaged, and invested in a game environment.

With all of those items that you can find in the Dota 2 marketplace, it's easy to understand why people are so actively involved in Dota 2 trade. There is, however, one grave problem in Dota 2 trading: there are many untrustworthy sellers, as well as scam sites that will swindle you of your money and phish your personal info. Thankfully, there is a place where you can safely trade with your fellow players: PlayerAuctions.

PlayerAuctions: For Your Dota 2 Trade Fix

To protect both your money and your personal info, we have put our PlayerGuardian system in place, so you can be assured that our transactions are completely safe. And as an extra security measure, we have a 5-tier Power Seller system, which enables buyers to check out the online reputation of our sellers. It's a big help, as you'll know which sellers to avoid and which sellers to go for. In addition, we have Power Sellers, which are our most trusted sellers. If you encounter any problems, you can contact our helpful, friendly, and reliable live customer service.

On the other hand, if you want to sell items, then PlayerAuctions is also the place to be, because we don't have any registration fees, and our seller costs are much cheaper compared to other player-to-player trading platforms (and economical compared to those that don't offer any form of security). And other than Dota2 items, we also cater to a wide plethora of games. To see if we provide services for the game you're playing, just check out our alphabetized catalog at the top of our homepage.

In the eternal struggle between the Radiant and the Dire, it pays to look good. And to look good, you either has to spend hours grinding, pay in the direct publisher store, or with probably what is the best alternative, trade directly with other players. Thankfully, here at PlayerAuctions, buying is as safe as your Fountain of Life.