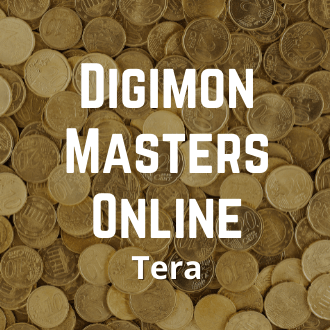 What is Digimon Masters

Digimon Masters is a free-to-play MMORPG developed by Move Games. While Pokemon games have a single-player game world that use online features to allow its players to interact – battles, trades, and other activities, Digimon Masters has an open world where players not only see one another, but also talk, trade, form parties, and even fight one another. This gives the game a sense of liveliness and community that online lobbies couldn’t.

Another element of the game that gives it life would be Digimon walking with their tamers. In most Pokemon and even some Digimon games, the latter are hidden. While this has not made the games any less enjoyable or taken away anything from the gameplay, having it has definitely added to the game’s charm and atmosphere. Mainline Pokmeon players have been asking for this feature to come back ever since it was featured in Pokemon Gold and Silver.

The last but definitely not the least of the game’s selling points would be how it ties with the Digimon shows. Aside from featuring a wide plethora of Digimon and previously unique means of Digivolution such as Armor and Jogress Digivolution.

Currency has been a central feature of long-running games for quite some time, and Digimon Masters is no exception. Nothing is free, and so is raising and training Digimon, as tamers need items, which in turn cost in-game currency: Tera. While it’s mostly used to buy items from NPCs, it can also be used to buy items from other players. However, because items in player trades are significantly more important and potent meta-wise because of their effects, it only follows that they are significantly more expensive.

Among these items, the most frequently sought after are Digi-Eggs. For those already familiar with the lore, Digi-Egss are used by tamers for Armor Digivolution. However, unlike the show, where Armor Digivolution is more powerful than a Champion but below Ultimate, the power of an Armor-Digivolved is in between that of an Ultimate and a Mega. Power aside, Armor Digivolution is a rather popular choice because they are iconic favorites from the show.

There are many other tradeable items that fetch very high prices. Players that want or need them but neither have the time or the means to obtain it themselves usually just choose to buy them, but the high prices usually prevent them from doing so. Instead, they can grind for Digimon Masters Tera, but this takes much time. There have even been times when the item has already been bought by the time the player is done farming.

For that, one of the fastest ways some gamers obtain the needed amount is to buy Digimon Masters Tera from other players. Also, other than buying Digimon Masters Tera in order to get a specific item, some also buy to ensure that they always have enough pocket money. This is not just for a running budget, but also in case they find something that they would like to buy.

While sellers can decide the price of a Digimon Masters Tera, its actual value depends on current supply and demand. For those looking to buy, it is important to look at those factors, as well as the price from other sellers.

Ratings and Reviews
3.7out of 5

Thanks again for the quick delivery!

Ten out of ten delivery! Thank you!

Very pleased with the delivery speed, will buy again in the future!

Read more
PlayerAuctions is an independent player-to-player marketplace for buying and selling virtual video game property. PlayerAuctions is NOT endorsed by, directly affiliated with, maintained, authorized, or sponsored by Digimon Masters Online or its trademark owner.
Select server and Faction
We use cookies and similar technologies on this website. This improves the browsing experience for you and enables us to tailor better products and services to you. Cookies are stored locally on your computer or mobile device. To accept cookies either click "Accept Cookies", or continue to browse as normal. Cookie Policy