Get your fill of sandbox gaming with one of the most successful MMORPGs of all time! Players may choose to purchase cheap Black Desert silver and elevate their gaming experience. With enough of this in-game currency in their virtual pocket, players will be ready to take Calpheon and Valencia by storm! 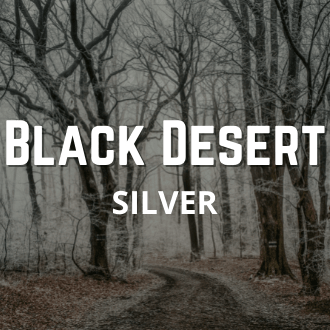 The importance of currency lies not only in the act of buying and trading certain items but also in the ability to use silver to hire workers. Players can spend a sum of silver ranging from 1,500 to 90,000 units to hire a worker when it comes to building a city. Certain NPCs can sell higher-tier workers as well, and you guessed it, they cost much more but work more efficiently.

Aside from Silver, Pearls are also a currency in BDO. It's the main currency for the game's Cash Shop, where players can buy costumes and other items. It offers pets and furniture for the game's housing feature. However, unlike Silver, players can't trade Pearls to each other. There is a 'Gift Pearls' system, but it is used in many scamming procedures which makes it very risky.

There are two main ways of farming BDO Silver. The first is to grind for it. This method is for newer accounts. They just have to make sure to keep grinding the mobs they can handle. The second is to use Lifeskills to profit. However, this method requires some investment and a relatively high level of skill already. Otherwise, the truly profitable ways of using them won't be available. That second method is best for higher-leveled accounts with the correct Lifeskill levels.

An alternative is the tried and true method of flipping items on the marketplace. The catch with this method is that the player needs a firm grasp on the ebb and flow of the economy. If not, it's easy to fail and lose money when trying it out.

One last alternative is to breed rare horses. These breeds aren't the ones that can be caught in the wild. They must be bred for, and other players might not have the time for that activity. That's why they would prefer to just buy from other players. This can need a bit of investment, but the returns will be worth it. Some may want the aesthetic of a breed than its function, so it's best to collect both kinds of horses.

Buyers can make sure that they can afford everything that they would want in Black Desert. They do so by buying some silver at relatively cheap prices! With a bustling trading community and free registration, there's so many great things to consider when shopping for silver.

Were external problems unrelated to the sellers (natural disaster), but perfect!